We take a look at ten of Marvel Comics’ most famous superheroes: Iron Man, Spider-Man, Wolverine … We could not imagine Marvel without them.

Today’s list focuses on some of Marvel’s most famous heroes. Making a list of 10 out of more than 300 characters is never an easy task, and there will always be some left in the pipeline because you simply have to choose the best ones. Let’s go with it.

Back in the 60s, Stan Lee received the difficult task of creating a new superhero. At that time the teenage characters were the helpers of the “real” heroes, but since Lee did not like the idea, he created Peter Parker, a shy teenager who found it difficult to relate to people. Parker was stung by a spider irradiated during an exhibition and acquired powers such as the ability to climb walls without the help of equipment as well as a considerable increase in his strength. Spider-Man made his debut in the Amazing Fantasy # 15, published in 1962, quickly became one of the best Marvel characters and won his own collection The Amazing Spider-Man.

This Asgardian had everything from the beginning to be one of the best Marvel superheroes. He is the Norse god of thunder and he first appeared in 1962 – yes, 62 is a good year of superheroes – his first appearance was in Journey Into Mystery # 83. His alter ego was Doctor Donald Blake, who finds an artifact in Norway that gives him the identity of Thor, along with all his powers and his inseparable hammer Mjolnir. In the following years his universe was growing.

The enigmatic X-Men did not appear until 1975. In the Giant Size X-Men # 1 the adventures of our beloved Storm began with Len Wein and Dave Cockrum. After the death of his parents and living among thieves and gangs, Ororo will discover her mutant powers of climate change after being trapped by an avalanche of rocks. After the event, she will discover more about her powers thanks to Charles Xavier. The future of Storm on the big screen is uncertain, and we have to wait to see how it fits into Fox’s plans. However, if you been following her from the beginning you already know that she marries the enigmatic Black Panther…. Hopefully we get to see more about her and her adventures.

Stan Lee and Jack Kirby gave us in … yes, in 1962, a character that needs no introduction. Based on the fictional story of Dr Jeckyll and Mr Hyde, Marvel released The Incredible Hulk # 1. Bruce Banner, who had inherited certain genes mutated as if it were a disease, would save a young man during a test of his gamma bomb. The radiation will affect their already mutated genes and will cause, in cases of tension, Banner to get angry and transform into the green giant that is practically unstoppable, except for the latest avengers movie in which our green friend refused to come out and fight. 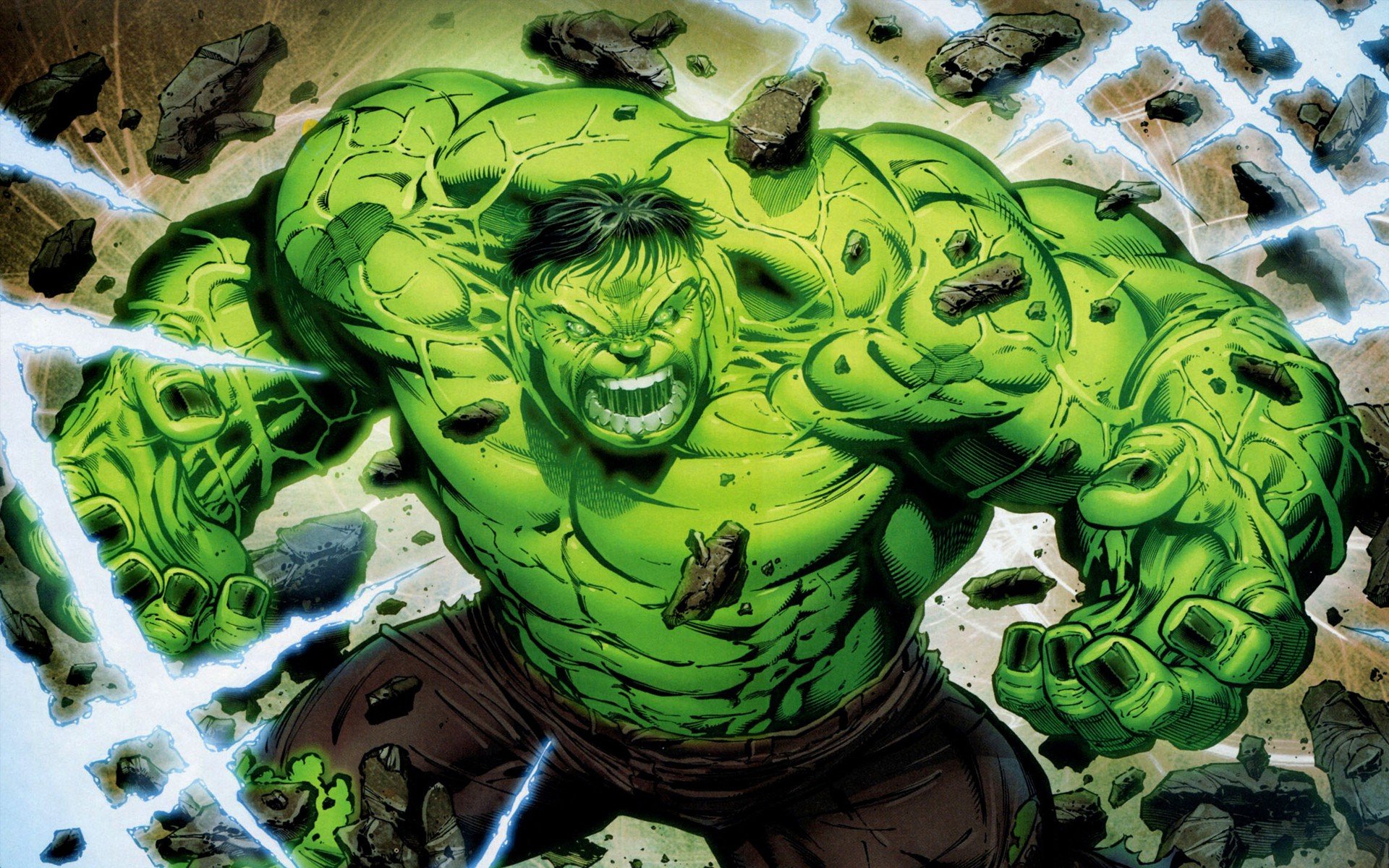 This prodigious neurosurgeon did not appear until the Strange such # 110, published in 1063-almost, almost. After an accident that caused a strange illness in his hands, Stephen Strange had to leave his job, then lose his father and his brother and ended up learning new skills in Tibet, an enigmatic character with great power that would teach magic and occultism and who would inherit the title of Supreme Sorcerer, which would cost him from that moment the hatred of many people.

Millionaire, genius, playboy, philanthropist … Does anyone doubt that he is one of Marvel’s best superheroes? In 1963, Stan Lee, Don Heck, Jack Kirby and Larry Lieber brought us Tony Stark in Tales of Suspense # 39. Iron Man is “born” in Vietnam, when Tony Stark is wounded and captured. Together with the scientist Ho Yinsen, he will design a magnetic plate to prevent pieces of shrapnel from staying in his heart and will develop an armor to free himself from captivity.

One of the most famous Marvel characters, and with greater emotional depth. Wolverine appeared for the first time in the Hulk collection, specifically in 1974 in The Incredible Hulk # 181. His healing factor, his adamantium claws, his bad temper and his characteristic yellow suit earned him a place of honor to this iconic character. In the cinema, Hugh Jackman has played Wolverine for 17 years in a masterly manner, closing his adventures a priori with the excellent film Logan.

Steve Rogers became a symbol in his appearance in 1941. In the US they needed patriotism with a world plunged into the abyss of World War II. Captain America appeared from among several patriotic heroes in Captain America Comics # 1 in the hands of Joe Simon and Jack Kirby. The serum of the supersoldier gave him superhuman strength and speed. Many writers have adopted the character over the decades, so there are many origins and stories. Chris Evans is the current Captain America in the movies while Sam Wilson, formerly Falcon, is the Captain in the comics.

Despite the rookie that Deadpool is compared to the other heroes on the list, Wade Wilson with his magnetic personality and his acid and direct sense of humor has earned a place on our list today. Deadpool (Slaughter) first appeared in 1991 in New Mutants # 81. Its creation was thanks to Rob Liefeld. Deadpool is nicknamed the loudmouth mercenary because … well, he does not shut up. After entering the program Weapon X, Wilson acquires superhuman powers and healing factor similar to Wolverine. Its greatest characteristic is how twisted it can become due to its mental imbalance. Ryan Reynolds plays Deadpool since 2009, and already has a notorious and prolonged success in his audience.

Among the fantastic 4, there is a character that stands out. Ben Grimm, also known as The Thing, saw his physical structure altered after his trip to space with his three colleagues. His skin and rock hard organism, and his superhuman strength made him a fearsome opponent since Fantastic Four # 1, back in 1961. Grimm’s brief flirtations have not ended well, so we must continue to enjoy him in comic. It’s time for cake!

The list of heroes in the Marvel repertoire is immense, these ten are famous for their powers and their personalities. But there are many more than you can enjoy in comics, video games, series like Daredevil or Luke Cage, Jessica Jones, The Punisher and many cool movies.